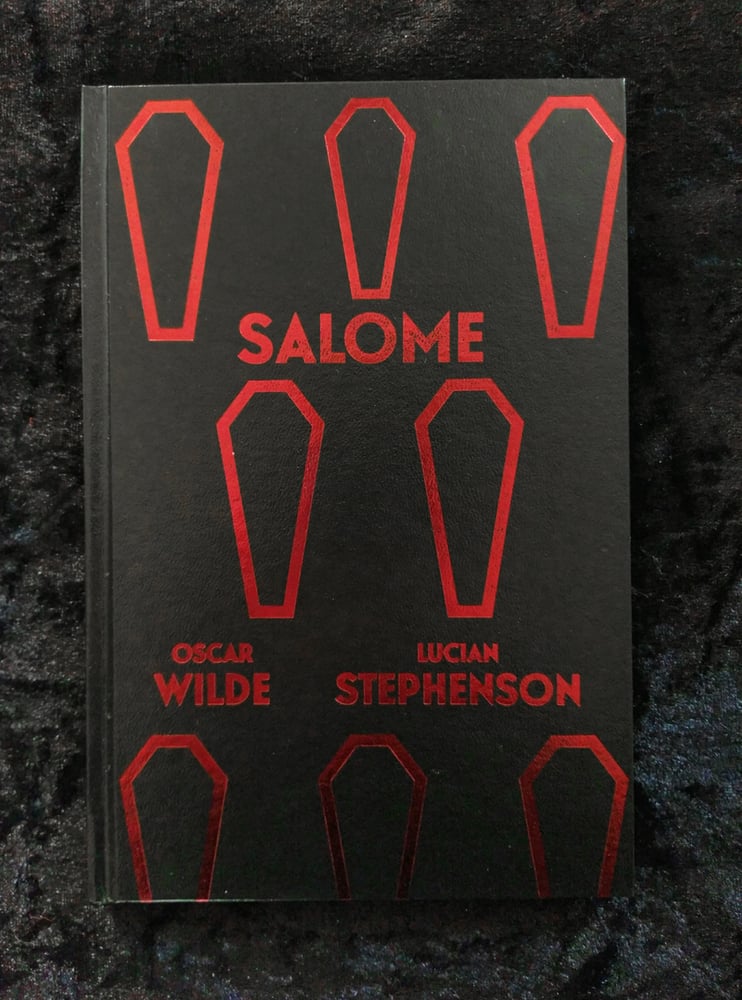 Wilde's Salome is a one-act play loosely based on the Biblical tale of the eponymous Salome, princess of Judea, and her ill-fated sexual desires for St John the Baptist. When he rebuffs her advances, she appeals to her stepfather, King Herod, through the medium of a striptease, to decapitate him as punishment. Which she does, and he does, and then everyone is either beheaded, sexually frustrated or just miscellaneously dead, and that's the end of the play.

Quirky, dark, playful and genuinely funny, Lord Alfred Douglas's English translation of Wilde's original French text, went out of copyright in March 2015, allowing me the freedom to edit the text itself. I took out the racist descriptors of some of the characters (some might say it was "acceptable" in 1894 - I would just say "commonplace") firstly, and then edited Salome to be a boy. All I have changed is his pronouns. Then, as it is only fair, where one female character is dropped, one must replace her with another, I made King Herod into a woman. This makes two of the three attraction dynamics within the play gay, making it 200% gayer, by weight.

Fully illustrated, of course - with the caution that the text contains a lot of nudity and blood (as one would expect with the themes!).

This is the VERY LAST COPY, possibly even ever. As a special goodbye, it will come with the full suite of art stickers, hand-made pin badges, an exclusive leather bookmark and a book plate, most of which was particular to the crowdfunding campaign.